Home / Jacksonville billboard: ‘The NRA is a terrorist organization’

Jacksonville billboard: ‘The NRA is a terrorist organization’ 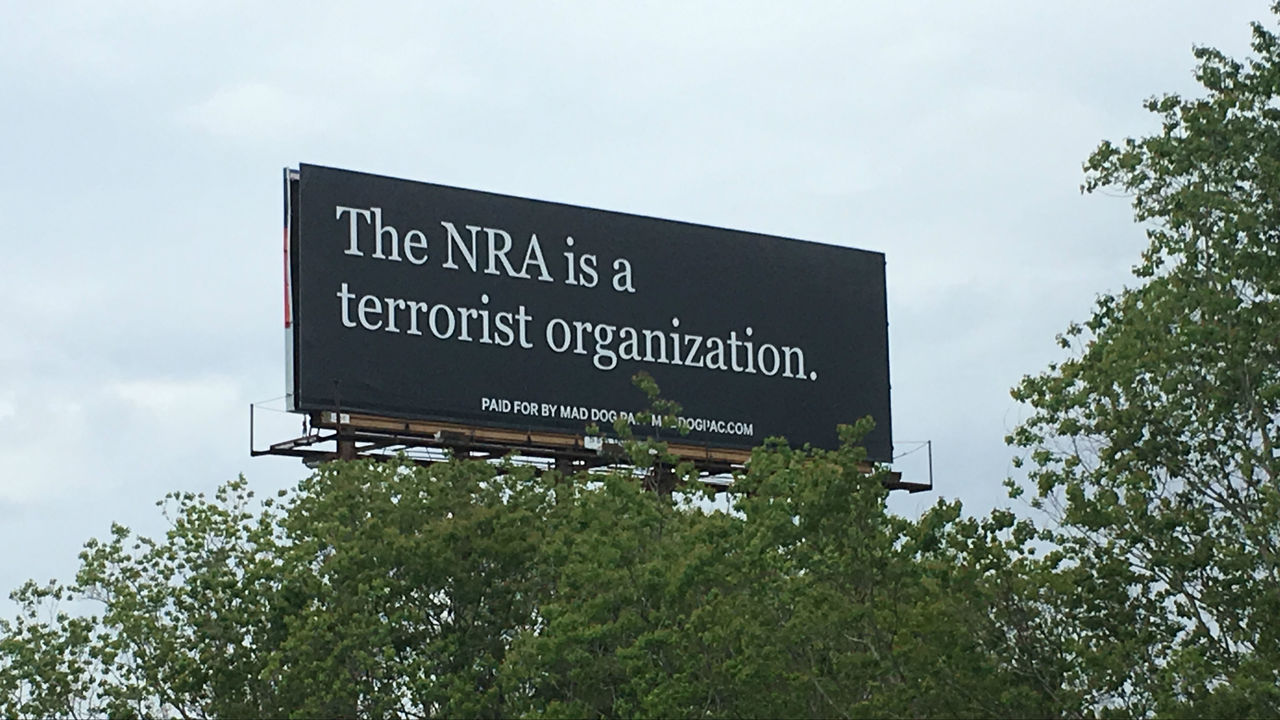 An anti-GOP political action committee known for controversial tactics is going after the National Rifle Association with a Jacksonville billboard deriding the group as a “terrorist organization.”

ACKSONVILLE, Fla. – An anti-GOP political action committee known for controversial tactics is going after the National Rifle Association with a Jacksonville billboard deriding the group as a “terrorist organization.”

For those driving along Interstate 295 near Commonwealth Avenue and Interstate 10 on the city’s Westside, the signage is hard to miss — “The NRA is a terrorist organization,” the message reads.

It’s not clear exactly when the billboard went up. But according to the sign, it was paid for by Mad Dog PAC, a political committee led by Claude Taylor, a former White House staffer for President Bill Clinton.

The Mad Dog PAC is no stranger to controversy. It made waves in South Florida with an “Impeachment Now” billboard positioned near President Donald Trump’s Mar-a-Lago estate, according to the Bradenton Herald. The group also has a billboard in Lake City attacking U.S. Rep. Matt Gaetz, R-Florida, for a 2008 DUI arrest.

The group’s Jacksonville sign is the latest in a string of anti-NRA advertisements. Taylor wrote in a Feb. 19 tweet that the PAC has been targeting the gun rights group since Jan. 1, prior to the Parkland shooting. As the Pensacola News-Journal reports, a similar message was splashed across a billboard in the Panhandle.

According to the PAC’s website, Mad Dog “solicits contributions from concerned citizens to fund billboards on (sic) against Treasonweasel House GOP candidates across the country. We are also the initiators of Anti-Trump Billboards with Impeachment Now, in addition to Attacking the NRA.”

In a tweet Feb. 19, Taylor said the group relies on direct donations and the sales of merchandise, such as T-shirts and bumper stickers, to fund its campaigns. At that point, he said, the group had already racked up 4,000 contributions to its efforts.

Source: Jacksonville billboard: ‘The NRA is a terrorist organization’