The man, identified as Claude Taylor, designed a massive Trump rat attached to a trailer and brought it to the courthouse to protest Roger Stone and President Trump.

When Shroyer confronted Taylor about the anti-Trump statue all hell broke loose as the man started calling him a “young Nazi” while thrusting his face into the camera.

The liberal protester licked his finger and tried to touch Shroyer’s camera and face, then bit the microphone cover off and shoved it back in his mouth after putting up to his vehicle’s exhaust pipe.

Now, according to his Twitter, the unhinged leftist plans on selling the mic cover on eBay. 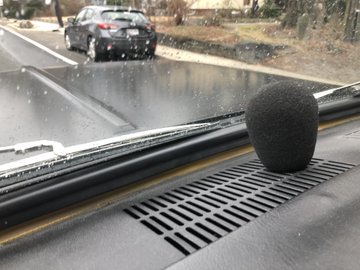 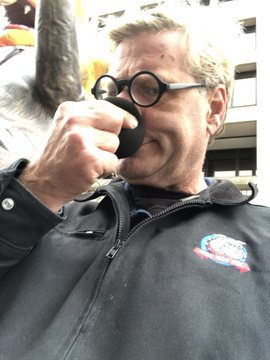 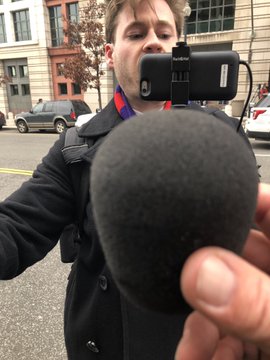 In another example of how out of touch with reality he is, on Twitter Taylor claimed Owen, “jabbed his MIC WINDSCREEN in my face forcing me to take possession of it in self defense.”